By Daisy Durant No Comments 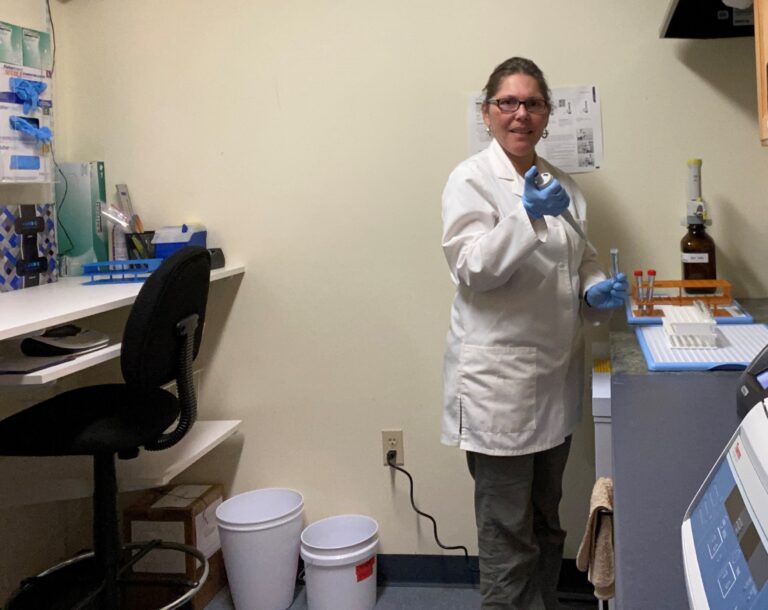 Bob Stankelis, former NBNERR Manager, was always seeking opportunities to increase our capability to understand estuarine processes and ecological linkages by promoting sound research and monitoring. A great example relates to the long-term System-Wide Monitoring Program (SWMP), which requires all 29 Reserves around the country to collect water samples on a monthly basis to analyze for concentrations of chlorophyll and several nutrient species. At NBNERR, these samples have always been contracted out for analysis since the program’s implementation in 2002.

Bob’s vision for NBNERR was to have the ability to perform chlorophyll analyses in-house, those required as part of SWMP analyses as well as those part of other research and monitoring projects. Due to budget constraints, Bob’s vision was on hold until early 2019 when funds were allocated to equip a new chlorophyll analysis lab at NBNERR’s headquarters.

To move his vision forward, Bob teamed with Dr. Kenny Raposa and Dr. Daisy Durant (Research Coordinator and Marine Research Specialist II at NBNERR, respectively) to plan and design the NBNERR chlorophyll lab. Dr. Durant, who oversees the SWMP at NBNERR, researched and purchased all of the needed equipment and materials and is already analyzing chlorophyll samples in parallel with our contracted lab for comparison. After a few months of comparison, Dr. Durant will be running chlorophyll analyses exclusively at NBNERR. Unfortunately, due to a serious and sudden illness, Bob passed away in January 2020 before the project was completed. However, it was Bob’s forward thinking and drive that inspired and guided the project and ultimately made it happen.